The most haunted houses in Canada

To get into the Halloween spirit, read about the most haunted houses in Canada. There is no doubt that the country has a history of chilling tales. 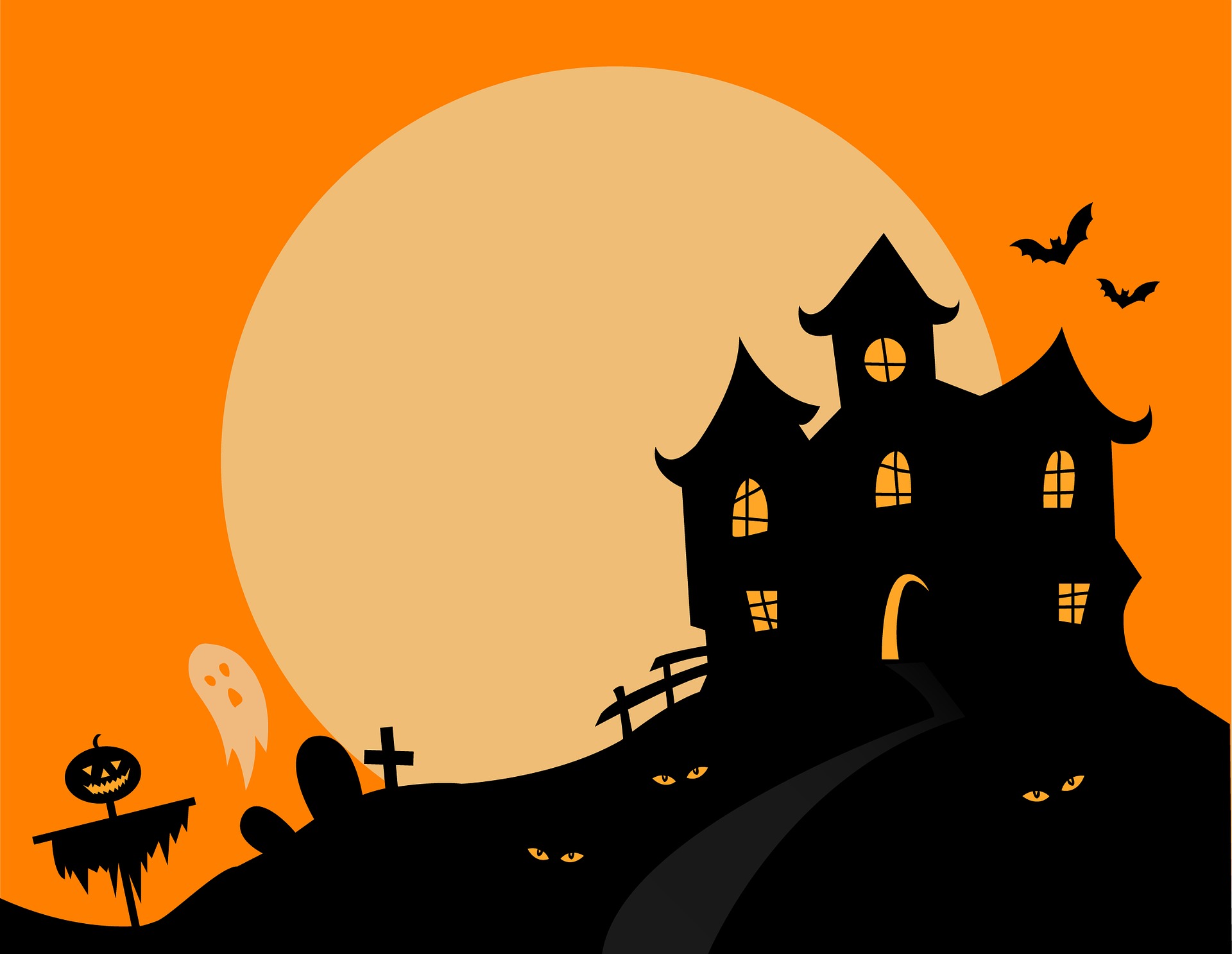 Rumours have spread the word that some homes around Canada are haunted. You can be skeptical or roll your eyes at paranormal activity, but there is no doubt that the country has a history of chilling tales and ghost stories.

To get into the Halloween spirit, we bring you the most haunted homes in Canada. These haunted houses and the strange incidents that happen in them have been a matter of speculation for years. The spirits haunting these homes are normally the previous residents who had tragic fates while others remain unknown. 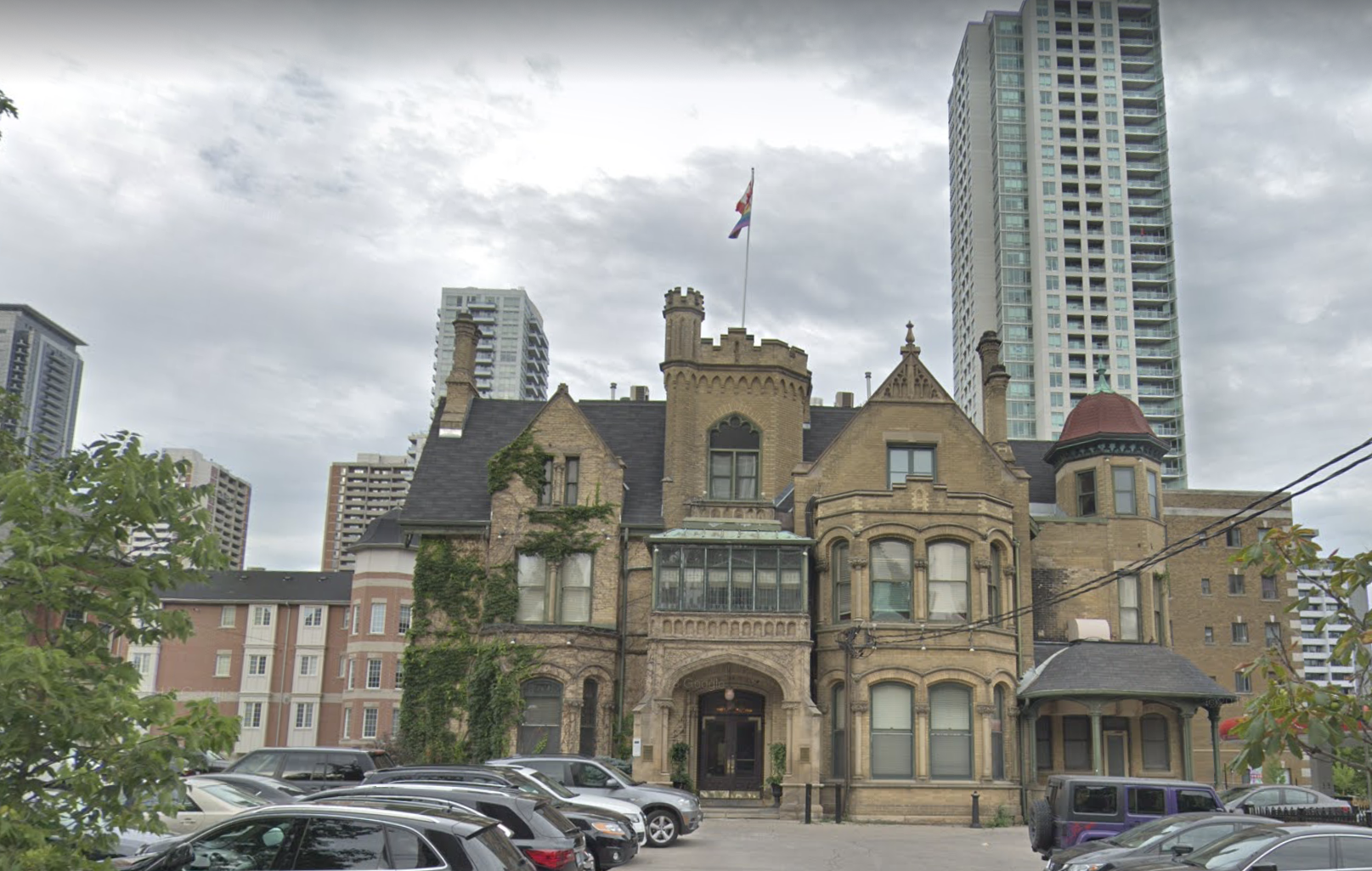 The street 515 Jarvis is home to The Keg, one of Toronto’s best steakhouses. But the building is also home to one of the country’s most famous spirit.

The former mansion was home to Hart Massey, a prominent figure in the Victorian Toronto high society. His family was known for having influential positions in politics, the arts and education. In 1880 he bought the home from the McMaster family where he resided until his death. Afterwards, his daughter, Lillian, took over and managed the family estate. She was loved by the people that served the home, so much that when Lillian died, one of the servants took her own life. She reportedly hanged herself above the foyer. Some say her master’s death devasted her with grief consuming her to the point of committing suicide, but some rumours state otherwise. There is one theory that involves secrets so dark they could never get out.

Reports of supernatural activity are shared among people who visit the restaurant. Mostly, they say there is a presence not belonging to this world. Hopefully, you won’t choke on your steak once you see the servant wandering around the restaurant. 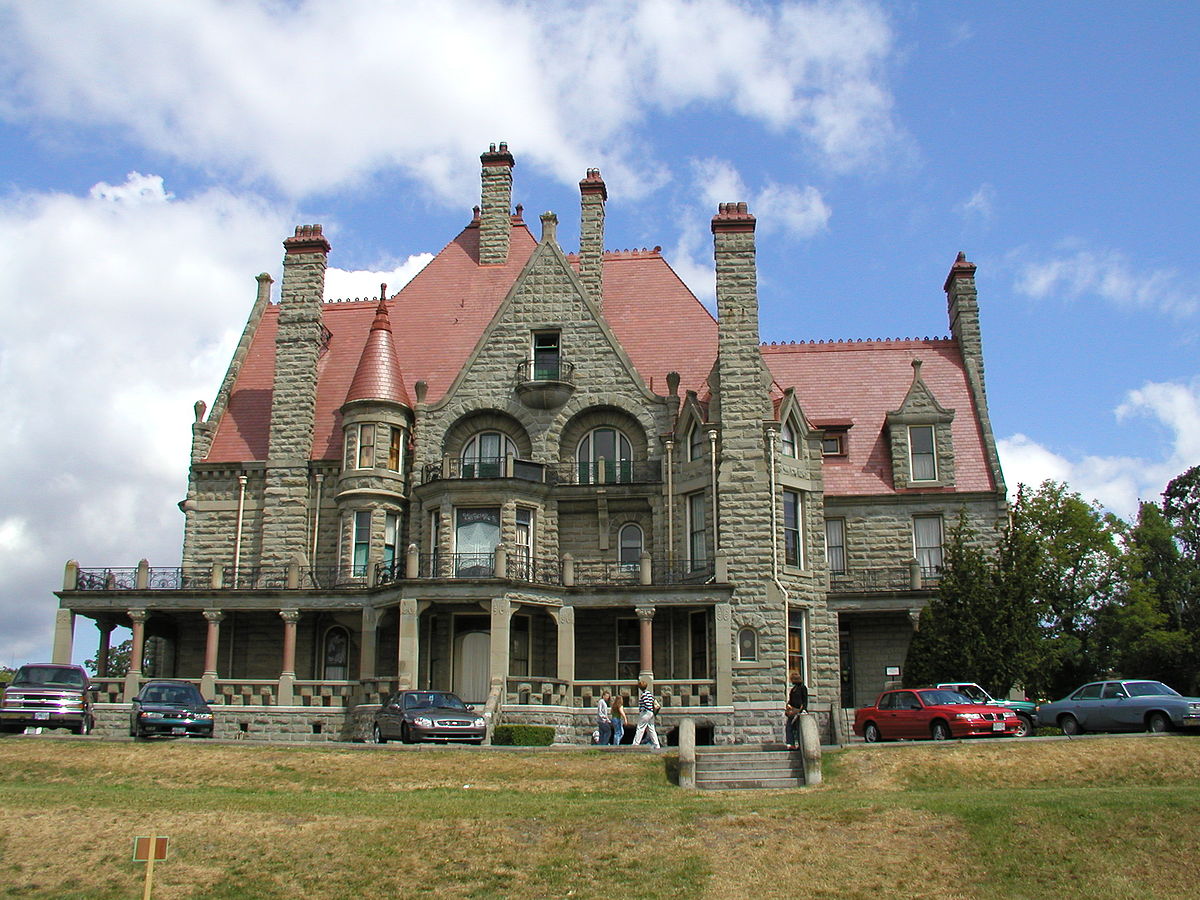 Built in 1890, this private home turned tourist attraction is the source of many rumours. The house belonged to Robert Dunsmuir, a coal baron from Scotland who made his fortune in the mines of Vancouver, ultimately becoming the wealthiest man in British Columbia. He started construction of the famous castle in 1887 but died in 1889 before the house finished construction.

The home was the residence of his wife, three single daughters and two orphaned grandchildren. But family drama plagued the castle. Robert’s inheritance was a matter of discussion and family feuds. Eventually, the family left the house, and since then it has been carefully restored. Visitors are welcome - if they can bear to be a haunted house.

It is not clear why the house is haunted, but many have claimed to feel an unwelcoming vibe once they go in. The strange tale goes beyond a feeling. Visitors have said to hear mysterious sounds like children’s cries, a piano playing itself, footsteps and even the sight of ghosts around the castle. Maybe a visit to the house will help confirm or reject the frightening rumours. 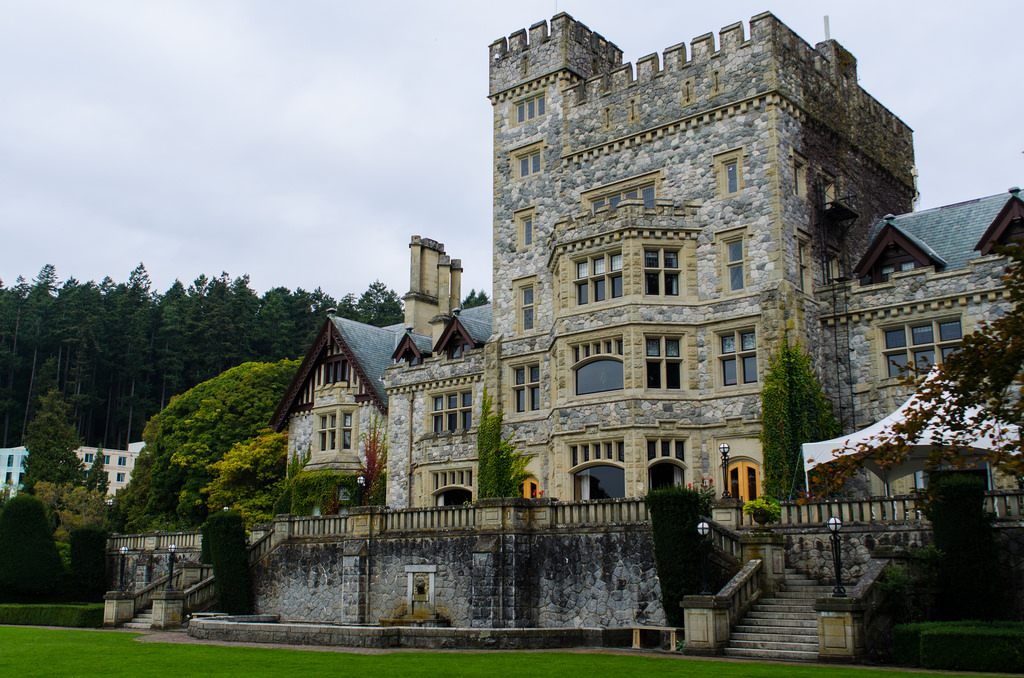 The Dunsmuir family has a tendency to built haunted houses. Robert’s son, James, was the mastermind behind Hatley Castle, an Edwardian home. The home is lavish, luxurious and haunted.

After his father’s death and the resolved dispute about the inheritance, James became filthy rich through the coal mining business. Building a home like Hatley Castle in 1908 was no financial strain. He became involved in politics, while his wife Laura loved the social spotlight the Dunsmuir family brought. James even served the public by becoming Lieutenant Governor and Premier at some point before retiring and living the life of an Englishman.

Tragedy struck the family when their son died. He was on his way to fight the war aboard the British ocean liner RMS Lusitania, which was attacked by the Germans and sank. Laura never recovered from her son’s death and refused to believe it. Cries filled the rooms and grief dominated the house. Time went by, and the family passed away in the 30s. That is where the rumours started. Apparitions have been spotted, and even pictures and videos have been taken to prove it. Perhaps Laura is still waiting for her son to come home. 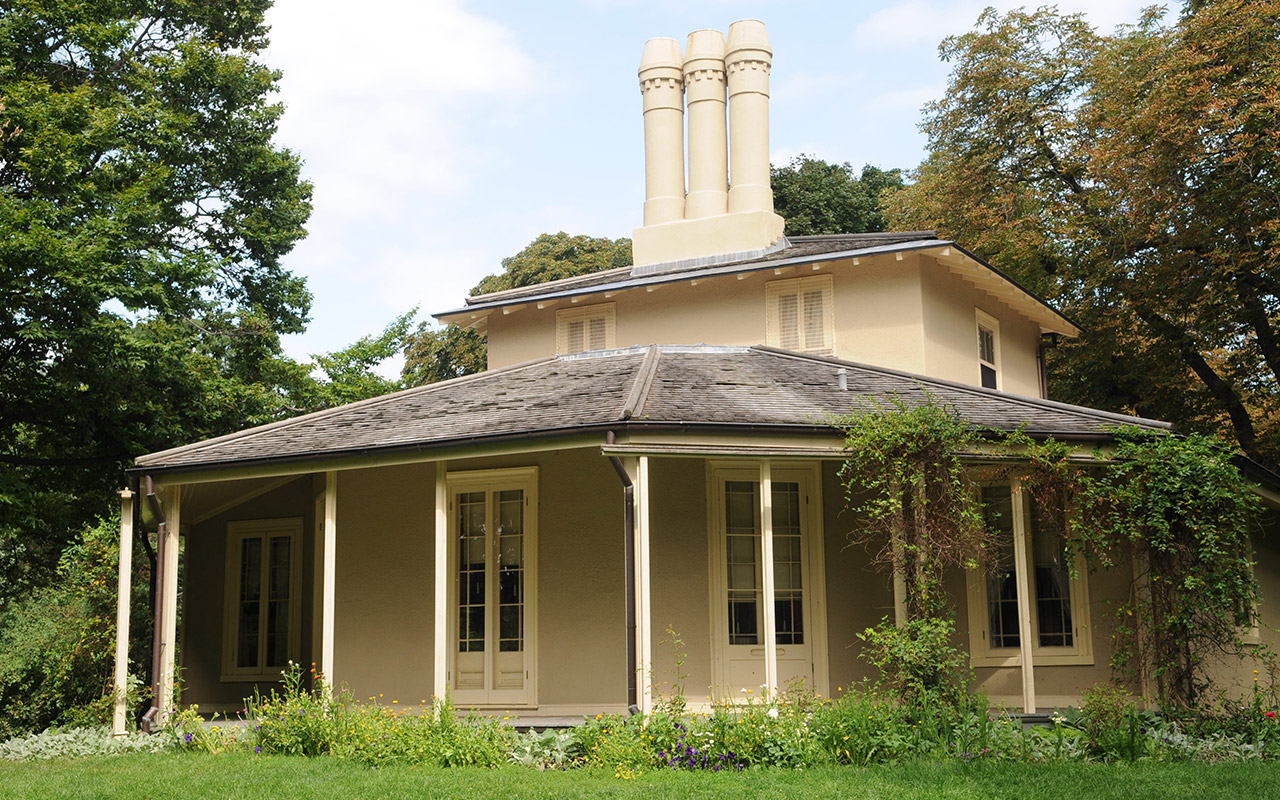 (Image from City of Toronto)

John and Jemima Howard are famous for giving their home to the city of Toronto, but the gift came with more than anyone expected. The 19th century home is the source of different versions of apparitions.

The Howards arrived from England in 1832 and settled in Colborne Lodge in 1836 until their deaths. Both were prominent Toronto citizens, and since they had no children, they decided to give their estate to the city to build High Park once they passed away. Both are buried in the property.

Jemima died in 1877 of cancer, and the word is that she was not taking it well. For her own protection, John tried to get her into a lunatic asylum and locked her in the bedroom, where she would catch a glimpse of her future tomb in plain construction. People say they see Jemima in the window of the room where she died, and that you can feel a strong presence of uneasiness once you step into the house. 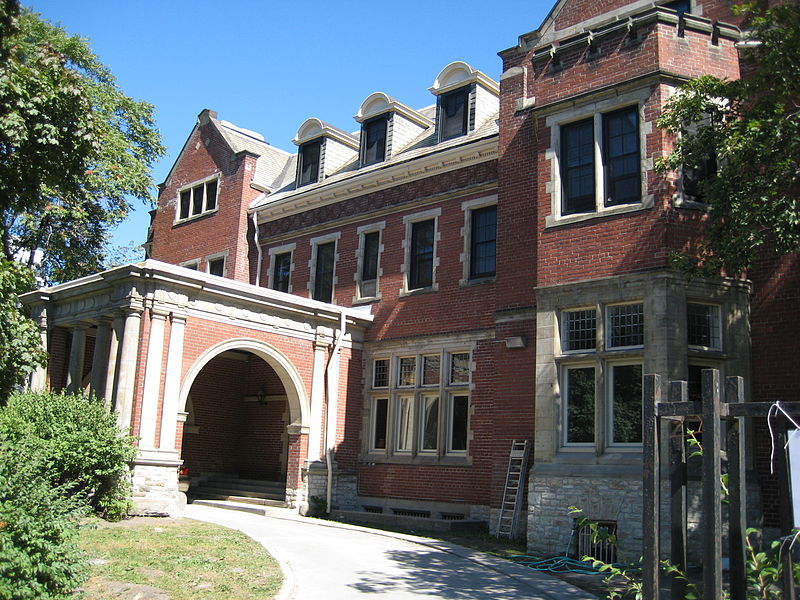 The name Christie might sound familiar. It belonged to the family in Toronto who built Mr. Christie’s cookie empire. The family’s home was built by Williams Mellis Christie, who after becoming a public Toronto figure and businessman, died in 1900. His son Robert inherited the fortune, and that is when it all went downhill according to the local legend.

Robert had a mistress, and he wanted to be with her so badly that he locked her in a room. It was a hidden place with no window, only two entrances and a washroom. She stayed there all day for years without anybody's knowledge but Robert’s and the servant who brought her food. Her secret chamber, called Room 29, drove her mad. Robert visited at night, but in time his romantic visits become less frequent and she hanged herself. Rumours say she was buried secretly in Queens Park.

Afterwards, Robert’s business stopped being successful and he sold the home to the University of Toronto. Residents say that her spirit haunts the building. If you enter Room 29 alone at night, the mistress will slam the door shut and lock it for you to never leave just like her.