Ottawa's real estate market is heating up. Take a look at the hottest up-and-coming communities in the capital. 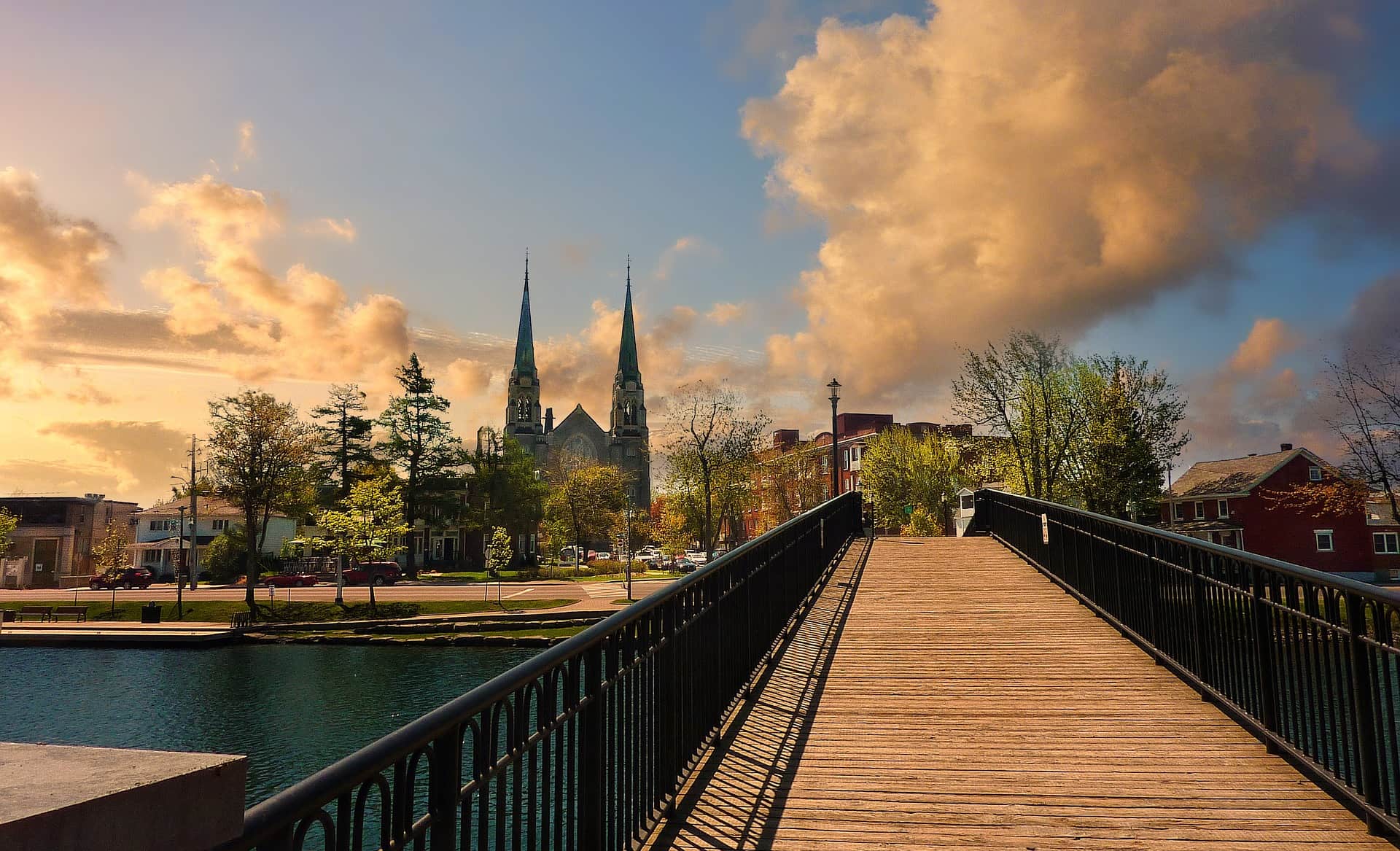 As the nation’s capital grows, plenty of neighbourhoods in Ottawa are turning into the next real estate markets to watch.

The capital city is the country’s fourth largest city. When surrounding townships merged into the city, Ottawa became even more diverse. Now, the capital’s neighbourhoods offer homebuyers everything from bustling urban centres to peaceful suburban communities.

Ottawa has exceeded expectations in growth. In 2017, data from the city’s annual development report confirmed that neighbourhoods in and around the Greenbelt have fast growth rates, both in residential and commercial activities. And in 2019, the trend continues.

Local neighbourhoods are heating up the Ottawa real estate market, which surpassed Calgary to take the fourth position among Canadian cities in 2019. With numerous developments on the way, many areas are on everyone’s market watchlist.

Here we’ll take a look at Ottawa’s up-and-coming neighbourhoods and their benchmark price according to 2018 data from the Ottawa Real Estate Board.

The trendy neighbourhood of Westboro has seen a surge of growth in the last few years. Businesses opened, residential developments started, and the community expanded into what it is today. It has changed dramatically to a destination for shopping and fine dining where urban professionals, families, and young retirees live. The community is known for its active resident’s association, numerous festivals, and nearby beach.

The benchmark price in Westboro is $759,000. Since the area has been a target for new housing and business developments, the average price has increased in recent years. The housing market offers single-family detached homes with either a historical style or a modern twist. But the area also has newer and more affordable high and low rise apartment complexes and custom homes.

Hintonburg is another Ottawa neighbourhood that has experienced a shift in recent years. After struggling to revitalize the community, the area has finally become Ottawa’s latest “it” neighbourhood. It is a trendy and vibrant community with the highest calibre of businesses and restaurants along Wellington Street West.

The city has invested millions into updating the infrastructure and housing in the area, and since it’s close to the downtown core, many have decided to move into the area. In 2018, the benchmark price for Hintonburg was $541,000, an increase from the past years.

Home buyers can expect a blend of historical detached houses, affordable low-rise apartments, row houses, and luxurious condominiums. The neighbourhood has different options for every budget.

In the east of Ottawa, Overbrook is a residential and commercial area bordered by the Rideau River and just 10 minutes away from the downtown core. Thanks to new construction and its short distance from amenities, this area has grown to be a popular spot for home buyers who need easy access to the city.

Most houses in the area are from the 1960s, but as new construction starts, modern townhouses and condos are on the horizon. Overbrook provides a variety of buying options from row houses to detached single-family homes and low-rise apartments. The benchmark price of $434,896 indicates affordability for every budget.

As Kanata continues to earn its nickname of the “Silicon Valley of the North,” locals have seen the perks of living in a tech hub. With plenty of businesses moving into the area, the housing and commercial activities are in full bloom. And despite its distance of 20 km outside of the city, the community is more than a suburb (and one of the fastest growing ones). Young families, hi-tech professionals, and seniors have amenities close to keep their lifestyle active.

Kanata has many perks, but the one that stands out is the benchmark price. Despite an increase in the past years, it remains affordable with a price of $416,900. Homes in the area are spacious single-family houses with generous backyards or townhouses close to main locations.

Suburbs in Ottawa are rapidly growing, but the one that stands out among the crowd is Barrhaven, located in the southwest corner of the city. For years, this area has been a top destination for families looking for peaceful streets, family-friendly amenities nearby, and schooling options.

The housing market’s benchmark price of $399,500 has made it into a sought-after neighbourhood for those priced out of the downtown core. Home buyers chase detached family homes, row houses, and townhouses in the area.

Vanier is in the middle of a revitalization. In recent years, developers have seen the opportunity to drive a neighbourhood rebirth. The area has great potential for investment, and various projects have already taken advantage by turning old landmarks into new modern properties while remaining true to the community’s roots. Their goal is to help Vanier transform itself into a vibrant urban community that many can call home.

As the neighbourhood renews itself, the benchmark price remains an affordable $370, 600. The area is composed of high-rise apartment buildings, duplexes, and single-detached homes. And new developments are always announced. For example, a 37-unit condo development is on the way, and a 124-unit condo building with signature features like a grand lobby, a rooftop sunset lounge, and a terrace.

In the southern edge of Ottawa, Leitrim is another must-see family neighbourhood. The community is a peaceful suburb in the countryside, while still offering easy access to amenities. Excellent schools, strong community associations, and a peaceful atmosphere make this community a desirable location for growing families. And like other communities close to the Greenbelt, residents benefit from easy access to Ottawa’s largest (and finest!) natural conservation area.

Leitrim was one of Ottawa’s fastest growing neighbourhoods in benchmark price. With an increase of 47.48% since 2013, the real estate market offers homes in the average price of $470,900.

Bells Corners has been nicknamed “the next Westboro.” It is a family-friendly suburban community in the west end of the city, close to the Greenbelt. Thanks to recent developments and government job increases, the neighbourhood has grown, and many are optimistic that it will become as trendy as other hotspots in the city.

In 2018, the neighbourhood was the most affordable community in Ottawa. With a benchmark price of $297, 500, it is no surprise that many families are flocking to buy row houses, townhouses, and single detached homes. Investors have caught on to the trend, and many new developments are on the way, according to Homicity’s Neighbourhood Expert, Alexi Johnston.

In the outlying area of Ottawa along the Rideau River, Riverside South is a green oasis within an easy commute of the city. The growing suburban community includes parks, housing, recreation centres, and a future train station that has put it on the map as the next affordable and accessible neighbourhood.

The benchmark price for Riverside South is $429,961 with the majority being single-family detached homes that boast spacious backyards. Home buyers can expect plenty of options in the market in the next years. A plan for more than 2000 homes south of Earl Armstrong Road is in the works. The goal is to grow the area and make it the next sought-after neighbourhood.

Ottawa’s neighbourhoods are diverse. Each one has different perks, amenities, and real estate options to choose from. Get insights into what each neighbourhood offers with our real estate guide.